Stitch It Clothing Alterations has been your choice for a trusted, convenient, and professional clothing alteration service since 1989, when we began as Stitch It Canada’s Tailor Inc. Our story starts at our first shop in Square One Shopping Centre in Mississauga, Ontario. It was inspired to fill an evident market gap in having tailoring services available where clothes are purchased. While this had long been standard at menswear outlets, there were no similar options for the whole family to seek alterations for any type of clothing. After customers kept coming to Stitch It founder Alain Baird’s clothing store asking for custom stitching, he decided to do something about it.

Although mall developers were originally skeptical about the need for a tailoring service located within the mall, Stitch It’s tagline service, “Pant Hems Done While You Wait,” was immensely popular, and lines of customers formed out the door and into the mall. Stitch It then formed a partnership with a major retail conglomerate to meet demands and maintain such overwhelming success. Over the next decade, Stitch It expanded, acquiring one of its competitors, Needle N’ Thread, and branching into a budget alteration service, known as Sew Right, and a U.S.-based service in Minneapolis, Minnesota, under the name of Can Do Clothing Operations. 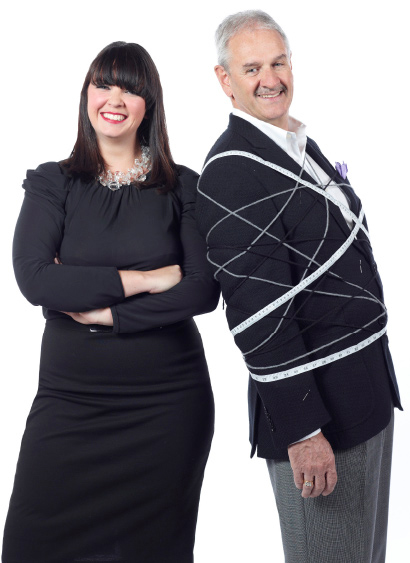 This powered the company up to 83 stores across Canada and the U.S., which, in 2003, were restructured and unified under the single brand, Stitch It Clothing Alterations. “In one way it was like starting all over again,” Alain said about the restructure. “We had to move, develop our own systems, build a new management team and prove we could do it on our own.” With revitalized organization, Stitch It closed some less profitable locations and opened new ones, in the end reaching more than 70 stores from coast to coast

It is the heart, soul, and determination of the company’s 450 Fit and Sew expert employees, however, which powers its success. Stitch It is the only family-owned, national clothing alteration service in Canada, and Alain’s daughter Jennifer is preparing to take over ownership and propel the company to become the Number One tailoring service in North America.

We have a long way to go, but our values and our dedication to the people we work with are at the core of our mission for success:

Our story’s not over yet!

Are you ready to feel amazing this prom season?

Tailored for you on CHCH